KiTea is purely catnip herb (Latin Nepeta cataria). We decided to market something for both cats and people who definitely have a lot in common. Below are the health benefits to both.

Useful as a medicinal tea to alleviate coughing, cold symptoms, upset stomach and to aid sleep. Catnip, the herb is also employed as a remedy in the treatment of tension, anxiety, and is mentioned as being a useful calmative for hyperactive children. Also listed as a mild diaphoretic, catnip can also be helpful in eliminating harmful toxins from the body.

Not recommended to be used when pregnant because it is a diuretic.

It is the scent of catnip, not the consumption of it, that has such a dramatic effect on cats. When cats are enjoying the plant, they do often chew the leaves, but this may be merely to release more of the scent that is in the essential oils. It is the chemical nepetalactone, a volatile oil similar in structure to the sedative ingredient found in valerian root, another well-known sedative herb. This triggers the response in a cats’ brain. However, because human brains are physiologically different, we must be content to gain any vicarious pleasure through watching our cat’s enjoyment of the herb!! 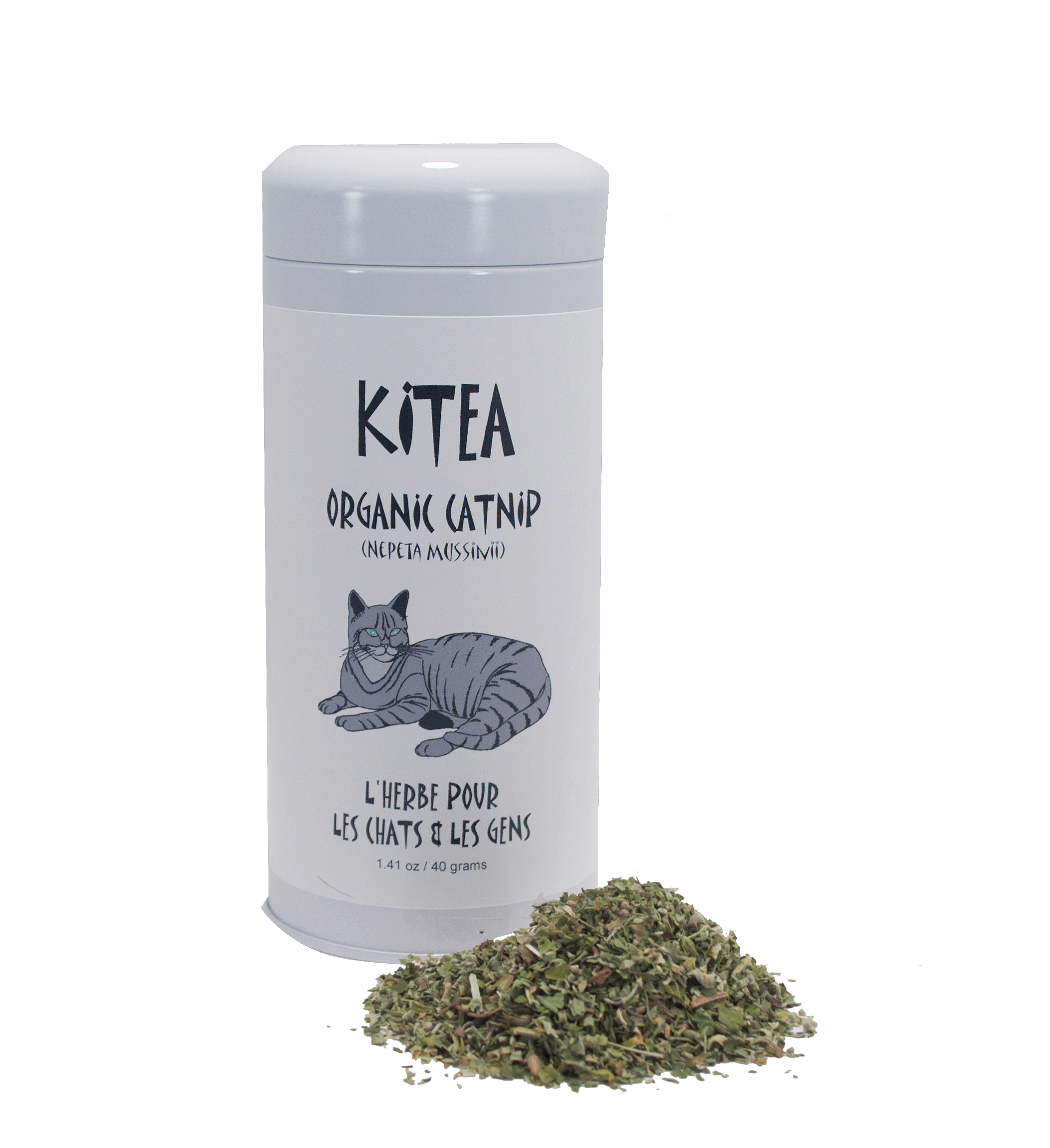 While working in Poland in 2001 I adopted a kitten from the neighbour’s downstairs. After watching her struggle with determination up 13 stairs to meet me; we became instant friends for life. She very small, all but weaned and became my constant companion being nick-named ‘Gluestick’ for her always finding a position on my lap. After some time I discovered Kicia, (her name in Polish meaning small cat) was quite special, especially in her relationship with me. I have had a few cats before that were great, but Kicia was very special. While maintaining her independence Kicia also demonstrated her complete loyalty and friendship to me. We ate together, played together and she slept under my arm from bedtime to morning without moving. Interestingly I would hold her 2 front paws in my hand and I would still be holding them when I awoke.

Morning light comes early in Poland so far east; like 4 AM and I could always count on Kicia to wake me, usually with 4 paws pressed on tiptoe on the centre of my back after a jump from the headboard. In December of 2002 I moved to France keeping my apartment in Poland and returning every few weeks.  The original owners kept Kicia while I was away. Upon returning on a snowy, blowy night in January the cab pulled into the yard and in the headlights was Kicia out for a mouse stroll. I opened the car door, she jumped on the hood and came through the open door into my arms purring loudly. The cab driver shook his head in amazement and I got teary. When I left Poland in June 2003 I brought her home to Canada. I could relate many stories about kicia, but I won’t because it brings a tear to my eyes, even now as I write.

Kicia lived 16 years, until March of 2017 and it is the last moments I will relate to you. Not believing in euthanasia Kicia died at home after numerous Vet visits that made her as comfortable as possible. The March night before ‘Gluestick’ died she struggled up on the bed and under my arm like old times, something she had not done for a month or more. In the morning she was gone before I awoke and she wanted outside; I suppose to die as a cat dies. It was extremely hard for me to do this!

Searching for her for weeks was in vain. I wanted to bury her in the back yard by the fence and could not turn up any sign of Kicia. Then as it happens I got a call from my car dealership service guy to say they found a dead cat under my car and had ‘thrown it in the garbage! I was livid and told him to put Kicia in a box in my trunk. He questioned me saying the cat was already in the garbage! After insisting they complied and I was able to give her a decent burial.

Interestingly in all of this is, it was now early May and I had driven many miles including to Niagara Falls and back! Even in death, Kicia kept our undying friendship and I hope to see kicia again if Cats go to heaven!

Come on into our store and talk to us about your cat friend and why you should keep some Catnip or valerian root in your tea cupboard, both for your well-being and for your feline friend.