The Art of Steeping

Tea has nurtured societies since 1500 BC. and provided good health and spirits. Tea can relax and energize you. Tea can bring people together, or be enjoyed alone. Many of the world’s cultures have developed a ceremony surrounding the preparation and enjoyment of tea. From the careful and precise Japanese tea ceremony, to cracking open a can of cold Iced Tea in North America, to passing around a gourd of Yerba Mate in Paraguay; tea connects us to our global history and community. As much as consuming tea is important in millions of peoples’ daily lives, the preparation of tea is equally as essential; something we often forget in our fast paced lives. There are 4 main elements that affect the outcome of a cup of tea and 5 if we add the most important element – CONSISTENCY: The more accurately we make our tea the more we can tailor it to the precise taste we enjoy …cup after cup.

Depending on the condition of your tap water, your cup of tea may be adversely affected. Hard water will give the tea a harsher consistency and often leaves a film in your cup. Chlorinated water can often disguise the subtleties of the tea flavour. For the best cup of tea, use reverse osmosis filtered water. Distilled water leaves a flat taste.

Water temperature significantly affects tea strength and also how quickly the tea will become bit- terness from the tannin in the tea. For black, Rooibos, fruit and most herbal teas boiling water may be used. Never use boiling water when making green, white, oolong or Yerba Mate as it may make the tea bitter! 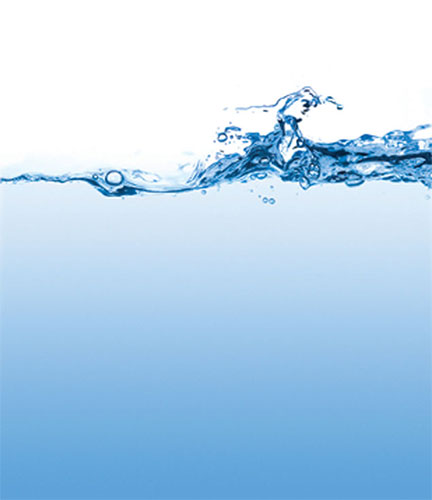 Tea is very sensitive to water and releases it’s flavour over time. The hotter the water and longer the tea is immersed, the stronger it becomes. Most herbals may be steeped for 10 minutes or longer. Black tea does best at 3 –5 minutes, White at 5—7 minutes, Chinese green at 2 -3 minutes and Japanese greens at 1—2 minutes maximum.

Catechins are flavonoid phytochemical compounds that appear predominantly in green tea. Smaller amounts of catechins are also in black tea, grapes, wine, and chocolate. Four polyphenol catechins in green tea include gallocatechin (GC), epigallocatechin (EGC), epicatechin (EC), and epigallocatechin gallate (EGCG). Due to their potent antioxidant capabilities, catechins, often referred to as “tea flavonoids,” are being investigated for their ability to prevent cancer and heart disease. In experimental models, catechins show a wide range of protective effects, including cardioprotective, chemoprotective, and anti-microbial properties. While black tea also has flavonoids, it seems to be green tea (unfermented) that has the higher amount of catechins. Green tea has about 27% catechins, with oolong tea (partially fermented) having about 23%, and black tea (fermented) at approximately 4% catechins. Researchers speculate that green tea’s higher concentration of catechins is due to the way it is processed. Green tea harbors important compounds that may be reduced in black tea during the fermentation process that produces black.

Tea helps with stress relief. Drinking tea can help you recover more quickly from the stresses of everyday life, according to a new study by UCL (University College London) researchers. New scientific evidence shows that black tea has an effect on stress hormone levels in the body.

The study, published in the journal Psychopharmacology, found that people who drank tea were able to de-stress more quickly than those who drank a fake tea substitute. The study participants – who drank a black tea concoction four times a day for six weeks – were found to have lower levels of the stress hormone cortisol in their blood after a stressful event, compared with a control group who drank the placebo tea for the same period of time. In the six week study, participants gave up their normal tea, coffee and caffeinated beverages, then one group was given a fruit-flavoured caffeinated tea mixture made up of the constituents of an aver- age cup of black tea whilst the control group was given a caffeinated placebo identical in taste. Both groups were subjected to challenging tasks, while their levels of stress were measured. When measured both groups showed evidence of similar stress levels, however, 50 minutes after the task, cortisol levels had dropped by an average of 47 per cent in the tea drinking group compared with 27 per cent in the placebo tea group.
Every effort has been made to ensure that the information contained in this bookmark is complete and accurate. However, Distinctly Tea Inc. is not engaged in rendering professional advice or services to the reader of this bookmark. This is not intended as a substitute for consulting with your physician. All matters regarding health require medical supervision. By permission of UK Tea Council